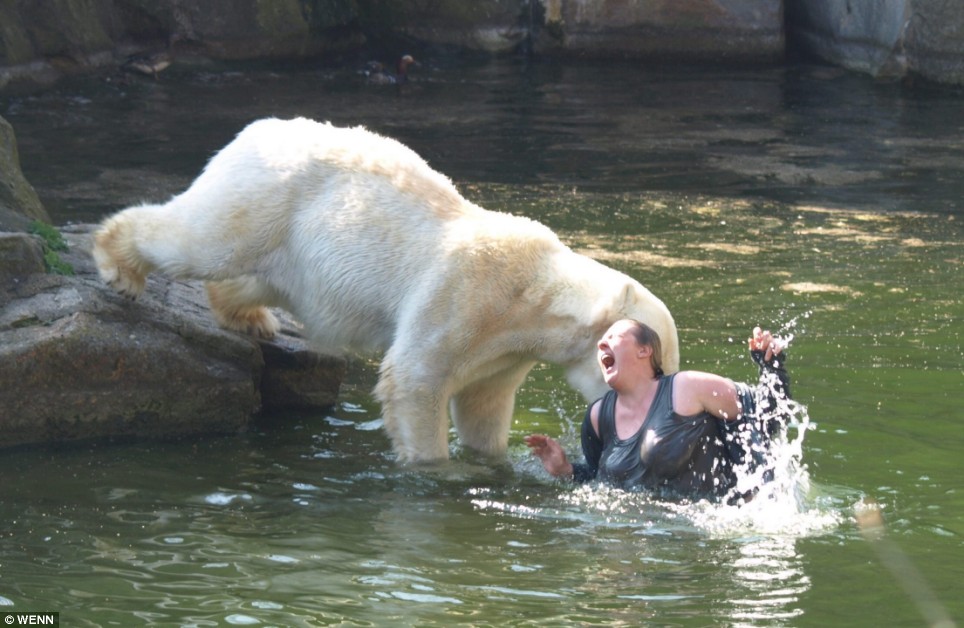 For reasons unknown to anyone that possess common sense, a woman from Berlin decided to jump over the rails of a polar bear enclosure.

If that didn’t sound bad enough, it was during the bear’s feeding time.

Stunned zookeepers rushed out to try and distract the bear but as the women swam towards the bear, it didn’t seem phased by the zookeeper’s efforts and bit the woman several times on her arms and on her legs.

There were four bears in the enclosure and only one of them decided to make a meal out of the woman. No one knows why she did what she did and she recovered after surgery.

Next: Man Photographs His Own Murder