Through NFL history, there have been some notoriously bad referee calls, some bad coaching decisions and some draft picks that left NFL fans everywhere shaking their heads. We’ll take a look at 10 of the worst NFL teams in history.
While it’s true that the teams change every year and sometimes the performance of a team fluctuates, there’s been some years that earn a team their spot in this top 10 worst NFL teams list. 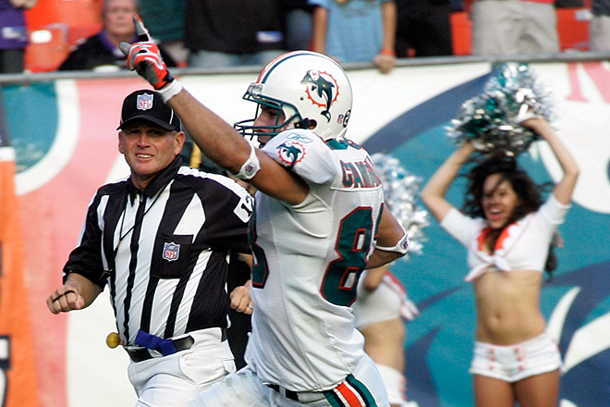 2007 was not a good year from the Miami Dolphins. Meanwhile, you had the New England Patriots going down in history with a winning season of 16-0.

With Trent Green being injured early into the season, the Dolphins came dangerously close to ending the season with an appalling 0-16 score.

The main problem for this team was the fact that they had to cast Cleo Lemon as a quarterback and it was very apparent quickly to many fans that this was a terrible decision.

Not to mention them giving up Wes Welker was one of the worst decisions they’d ever made since he went on to basically help the New England Patriots score 16-0 in the 2007 season.